I read an article by John L. Smith about Kenny “Clutch Cherry Jr.”, It made me think ? 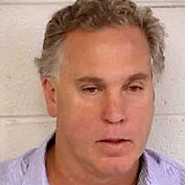 The LVRJ’s John L. Smith: Arrogant, above the law, classic narcissistic tendencies. He is, after all, a writer – and a writer of opinion – as if his opinion is valued above others.

Kenny “Clutch” Cherry Jr.: Arrogant, above the law, classic narcissistic tendencies. He was, after all, a pimp – until his lifestyle and his life came to an end in a fiery crash in Las Vegas after being shot while driving a leased Maserati.

Smith got in trouble when he wrote factually incorrect information in a book about billionaire Sheldon Adelson and Adelson decided to sue Smith for $15 million. That hurts. Things went quickly downhill from there for Smith. As a result of the lawsuit, and to cover other debts he says he incurred while taking care of his cancer-stricken daughter, Smith filed for bankruptcy.

Things were always on the brink of going downhill quickly for Cherry. That’s the life of a pimp. Things really went downhill in a very bad way for him that day on the Las Vegas strip after an argument he had ended up with Cherry being pursued by a man in a black Range Rover who shot repeatedly at Cherry, mortally wounding him. Cherry crashed into a taxi, which erupted into flames, killing the driver and his passenger. Cherry also  died.

There are a lot more details to both stories, and each has its share of complexities, but here’s the take-away: Both Smith and Cherry exhibited this “can’t touch me” mentality and behavior. It led them both to act in an “invincible” way, which ultimately proved to be their undoing. It was their defiance and their lack of acceptance of wrongdoing.