John L. Smith, Are You Able to Prove Your Doubters Wrong? In My Opinion — I Doubt It! 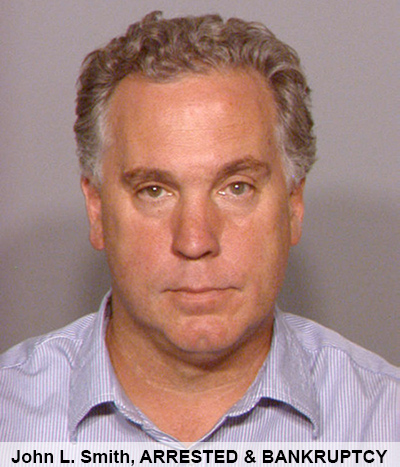 In a column John L. Smith wrote a little while ago, it’s interesting to note that he called out new Las Vegas Journal Review ​(LVRJ) ​owner, Sheldon Adelson, by challenging him to “prove doubters wrong.”

And who are those doubters and why would they be doubting? As far as I can tell, it’s John L. Smith and his cohorts at the LVRJ — and others in the media. They’re wringing their hands that a man like Adelson, who leans more conservative than liberal, would ​use his influence as a newspaper owner in the political arena! And in this, a pivotal presidential election year!

Here’s what Smith writes: “Perhaps the approaching backstretch of the 2016 presidential election, in which Adelson plays such a large role as a Republican Party mega-donor, is merely coincidence. But he wouldn’t be the first wealthy businessman to buy a newspaper and play press baron, and his family already owns the right-wing daily Israel Hayom.”

Well, at least at this writing, it looks like Donald Trump (who is self-funding his presidential candidacy​, by the way — an important point to note​) is the odds-on favorite to win the Republican nomination, barring a major upheaval in the winner-take-all primaries coming up on March 15. So I’m not sure just how much of an impact Sheldon Adelson will have or how much he would have to insert himself into the process here in Las Vegas, Nevada. So far, it looks like not much if at all.

But the real reason, JLS write​s​, that he is scratching his head over Adelson is because, “His disdain for the working press and its prickly processes is palpable — and easily illustrated by his well-known litigiousness.”

Ahhh … there we are. Smith remains angry over being “forced to declare bankruptcy” as he puts it, after being sued by Adelson for $15 million over a book Smith published years ago, which has been written about in this blog. ​Adelson actually gave Smith an out to avoid the $15 million suit, but Smith opted not to take it. Smith doesn’t mention that. Convenient omission of facts.

And he further tacks on proof of that ​litigiousness ​by bringing up the “Adelson litigation involving Macau gaming reporter Kate O’Keeffe of The Wall Street Journal. She’s being sued personally — not her powerhouse newspaper — in a Hong Kong court for calling [Adelson] a ‘scrappy, foul-mouthed billionaire from working-class Dorchester’ in an article.”

So Smith really does have disdain for Adelson for the disdain he supposedly has regarding the press​​.​ ​

I’d like to flip the tables here and ask Smith if he can be the bigger man.

Smith made a mistake and paid for it in a big way. If you’re going to take on a guy with the wealth of Sheldon Adelson and write factually incorrect information about him, you’d have to expect ​being sued into oblivion​ comes with the territory. The facts of the case are what they are. Smith may whine and complain about the amount of the suit. But that doesn’t change the facts of the suit. And isn’t it an ironic twist that Smith, an LVRJ columnist, ​suddenly finds himself working for Adelson, now the owner of ​that newspaper.

John L. Smith, you may not find it a surprise that I’m one of your biggest doubters. Why? because you wrote factually incorrect information about me, just as you did Sheldon Adelson​​. And knowing the shoddy work you did related to me and Adelson, I’m wondering just how many other people and topics you have written about and written off while getting substantial facts wrong or conveniently omitting facts.

You’re not only a columnist, JLS, you’re a newspaperman. And a newspaperman’s stock in trade is credibility. In my eyes, you’re incredible — and by that I mean in the true sense of the word, not credible. You have an owner who may also view you as being incredible — again, meaning not credible. And if the owner of the newspaper at which you work does not believe in your credibility, how much time do you actually think you have left to work there? The way I see it, I’m kind of surprised you’re still around.

So let’s see if you can prove your doubters wrong, John L. Smith, and write the truth, write the facts, and not skew ​the facts or omit the facts to suit your particular point of view. That would be a good start.