The New York Times had Questions About My JohnLSmithLibel.com Website 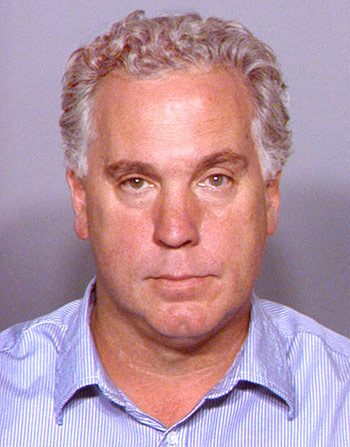 A little while ago, I was contacted by a New York Times reporter named Ravi (who I assume is their writer Ravi Somaiya) who said he was putting together a story about Sheldon Adelson’s recent purchase of the Las Vegas Review Journal; one of the LVRJ’s columnists, John L. Smith; and me and my website, johnlsmithlibel.com.

The working storyline of the article, as outlined above, was that I must have been paid by Sheldon Adelson, the newspaper, or the Sands — which Adelson owns and makes his fortune from by running — to write and publish my blog, which is none too kind towards LVRJ columnist John L. Smith. I will repeat what I’ve written about previously on this website and summarize by saying that in my opinion, John L. Smith is a lowlife scumbag who mistakenly believes he’s above everybody else, who follows the money that will line his own pocket. He somehow appeared at a trial I was testifying at — — and proceeded to write five factually incorrect columns about me relating to the trial that were full of untruths, half truths and omitted truths (I like to call them “lies” but I’m being polite here today) and twisted my testimony into something that it wasn’t. He did no due diligence and only wrote what was fed to him.

In my humble opinion, John L. Smith was just one part of the conspiracy of intimidation that came from the defendant’s side of the courtroom, which was being run by attorney Tom Pitaro, Amy Chellini and cohorts. During this trial, at the same time Smith was trying to intimidate me by writing defamatory columns about me, Pitaro and another of his cronies, ex-Metro cop and civilian private investigator Tom Dillard (T. D. Dillard who cost the people of Clark county millions of dollars in legal fees and cash pay outs), continued their strategy of intimidation by showing up at my young son’s private elementary school to “surveil” him. Are you kidding me?!? In a great twist of irony, John L. Smith now works for Adelson, the very billionaire who sued him for $15 million for a libelous writeup about him in a book Smith wrote some years ago called “Sharks in the Desert.” Several years later, Adelson dropped the libel case and the court dismissed it with prejudice. Still, Smith had filed for bankruptcy, which went forward. And all that was going on at a time when Smith’s own daughter was undergoing cancer treatment. As I’ve mentioned previously, that’s a terrible thing that no child and no parent should ever have to deal with. However, when he had the means (accounts with a total of more than $200,000 in them), Smith didn’t foot the bill for his daughter’s cancer treatment. He opted to have her go to the Ronald McDonald House charity, which exists to help support people with little or no means with housing while the child is undergoing cancer treatment. And they don’t turn away anyone. But here’s the kicker. When John L. Smith, “The Untruthful Reporter” as I call him, filed for bankruptcy, we see that he stiffed the very people who treated his daughter for cancer – just outright didn’t pay them.

I always wonder how much longer, given all this history between Adelson and Smith, “The Untruthful Reporter” will be able to hang on at the newspaper. So the short answer for me to the reporter is that, no, I’ve never been paid a dime by anyone to do anything related to the website. I do that of my own free will and as a public service and an exercise in the First Ammendment, so that the citizens of Las Vegas can be fully informed about who is writing commentary pieces for their consumption to try to influence public opinion and what the facts are behind the facade. It is my pleasure to offer all that up without compensation of any kind.