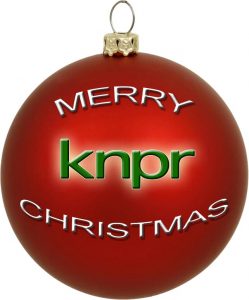 Jerry Nadal, according to your bio posted on KNPR, you are Senior Vice President of Resident Shows Division Worldwide, Cirque du Soleil. Anthony Pearl, you are General Counsel & Chief Compliance Officer, The Cosmopolitan of Las Vegas.

Gentlemen: Let’s talk about your day jobs. Obviously, being in and around the casino industry, you’re all aware of the constraints, rules and regulations. I’m wondering, then, why would you associate yourself with someone like John L. Smith, whose credibility has been brought into question?

Again, let’s glaze over the DUI, the libel lawsuit he faced, his filing for bankruptcy protection and his use of his position to further his own agenda; would you allow such a person to be a spokesperson for Cirque d’ Soleil and the Cosmopolitan Casino and Resort?

Perhaps the word, “spokesperson” is a little over-reaching, but I’m just wondering if you take your positions with KNPR seriously, or if they are nothing more than mere labels, perhaps honorary titles?

I’m trying to wrap my head around why you would give a self-promoting, narcissistic (in my opinion), personal-agenda driven individual like John L. Smith a platform like KNPR to continue his B.S. I was wondering if we could have a discussion about KNPR and moral turpitude. You can reach me at: stevenbarket@gmail.com

In addition, public radio KNPR is funded by contributions. Why would anyone continue to support, let alone donate money, to an organization that won’t address what I consider to be the moral turpitude of one of its correspondents.