You would think that with the kind of experience Jon Ralston has in the news & media business, he’d have a clue. Like, for example, in hiring staff. Why would Ralston hire the notorious truth-shader (in my opinion) John L. Smith as a columnist for the Nevada Independent? I guess Ralston never did a due-dilligence check on Smith to see what Smith’s real background is — not just the one Smith wants the public to see. There’s a whole other layer to John L. Smith that’s easy enough to find if you just “Google” him. Like the information I’ve surfaced on this website.

This is another example of how tone-deaf Jon Ralston is, in my opinion: He set up a poker game on Mother’s Day to raise money for his Nevada Independent website.

Are you kidding me? What a digital panhandler, in my opinion.

What man or woman in their right mind would take hours of their time to sit and play poker to try to raise money for Ralston on Mother’s Day? 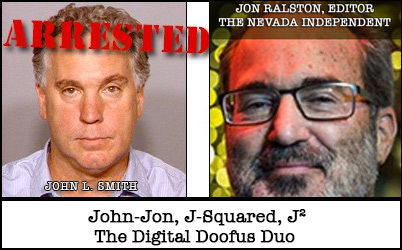 Would you? Did you? (If you did, you’re as clueless as Ralston is, in my humble opinion.)

Here’s how that would probably go:

“Hey honey – yeah, Happy Mother’s Day. You don’t mind if I spend a few hours playing poker today, do you? I mean it’s for a good cause and all. Um, charity, it says here. Huh? What? No, it doesn’t have anything to do with Mother’s Day, it’s just being held on Mother’s Day.”

As you can see from the graphic on this page, Ralston calls this a “Charity Tournament”. Are you kidding me? He got away with classifying the non-profit Nevada Independent as a charity? Is this what we’re supposed to believe?

noun: charity; plural noun: charities
1.
an organization set up to provide help and raise money for those in need.

Key phrase there, when it comes to defining charity: “those in need.”

I’m not sure Ralston, who in 2018 pulled in a tidy $214,024 annual salary and who raised some $1.5 million-plus for the Nevada Independent through donations to his non-profit.

Cry me the blues, Jon. Are you kidding me?