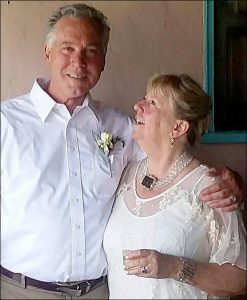 I received anonymous information that Sally Denton — wife of my favorite DUI Guy, John L. Smith of Las Vegas and the Nevada Indpendent online news site — allegedly was more than perturbed about this website and my view of John L. Smith.

Pardon me, Sally Denton. You’re right: I didn’t know about your family background and history, which I heard you allegedly think qualifies you as a big shot around Las Vegas.

Guess what? IT DOESN’T!

And guess what else? I DON’T CARE, EVEN IF IT DID!

The days of Las Vegas “juice” and influencing are long gone. You’re living in the past and in a dream world. Sorry to rattle you back to reality, but I care about as much about you and the Denton family name as I do a tempest in a teapot: zero. Zilch. Nada.

I Googled Denton’s family name and found two Dentons who were or are “legal eagles”: her late father, Ralph Lloyd Denton, who was an attorney here since 1955 and served as district attorney of Esmeralda County as well as two years on the Clark County Commission; and her brother, Mark, a Nevada District Court judge since 1998.

Everybody has to answer to somebody. As Bob Dylan put it, “You gotta serve somebody.” That’s what this website is about, Sally. Husband John L. Smith is answering to me right now.