In one of John L Smith’s (a k a  the DUI Guy) many negative articles in the Las Vegas Review Journal (April 30, 2009 ) about me, Smith wrote, “… although Jones stopped short of calling Bonvicin a victim.”

If the bankrupt, alleged DUI Guy would have listened to what Judge Jones really said (transcript) and I quote from the transcript: “AGAIN, I WANT TO MAKE IT CLEAR THAT I AM NOT EXONERATING MR. BONVICIN .” (My capital letters.) 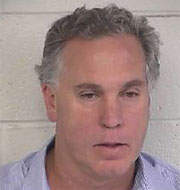