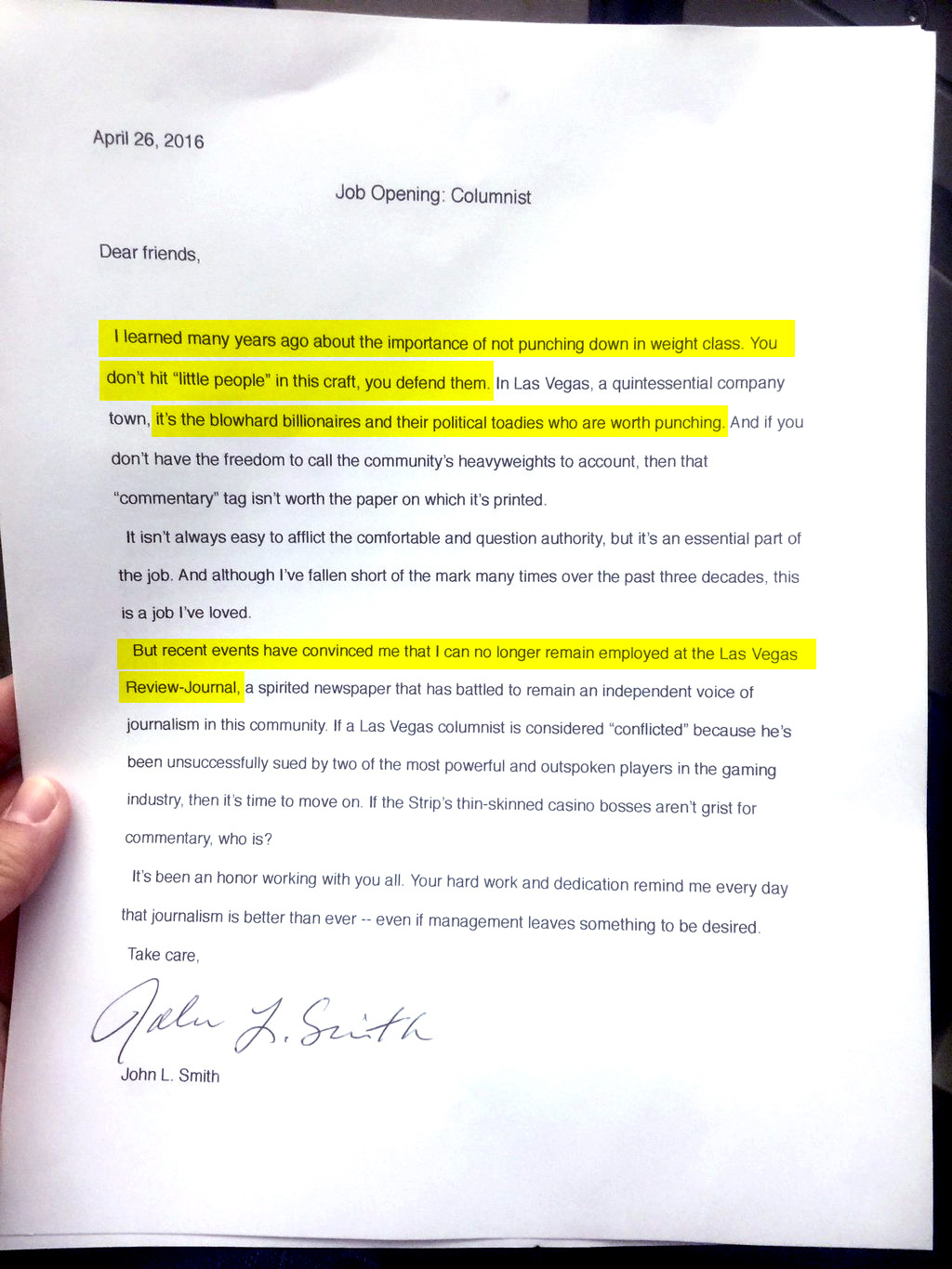 John L. Smith’s resignation letter (above) from his commentary job at the Las Vegas Review Journal from a few years back after Sheldon Adelson bought the newspaper popped up on my radar recently. I thought I’d take a minute to review and comment on it, because, in context, it’s priceless.

Smith’s opening two statements just reek of arrogance. He writes he learned about “not punching down in weight class,” which shows that he regards his status as being above all the “little people” he refers to in his second sentence.

Oops. And to add to that, new boss Adelson had previously sued John L. Smith into bankruptcy over how Smith characterized him in a book he wrote and published in 2005, “Sharks in the Desert” — to the tune of $15 million. Oops again. That probably made it more than a little uncomfortable for Smith, who probably knew his time at the newspaper would be measured in days, weeks or months, not years.

In fact, I did a separate post on that and titled it, “Top 10 Awkward Moments for Las Vegas Review-Journal Columnist John L. Smith.” And here’s what I listed as the Number 1 most awkward moment for Smith at the paper:

Kinda got caught with your pants down, didn’t you, John L. Smith? When a guy who sued you in a $15 million libel suit walks into your newsroom like a boss, because he just became your boss, it’s time to try to hang onto as much integrity as you can muster as you grab your shorts and scurry out the door. No need to read the writing on the wall; when that happens, you knew it was time to go. I’ll give you that, at least.